In the previous post, a sphere was manipulated into an apple slice shape. Now, the desire is to combine the apple slice with a cylinder having a large width along the x and y-axis and shorter height in the z-axis.

The resulting combination of the two objects formed the new desired object: 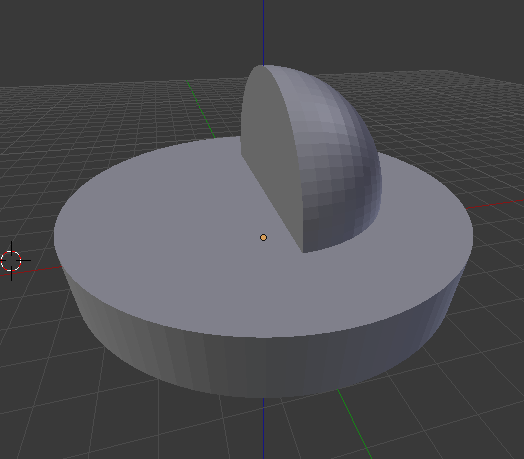